The Tsum Valley trek is fascinated trekking area located in Grorkha District in Manaslu Trekking route in the west north from Kathmandu. This region was remained isolated for tourists just in 2008 legally opened for tourists strictly regulated by Nepal Government.

From Soti Khola three days walking on the main trail of Manaslu along the Budhi Gandaki River and Syal Khola joins at a new bridge about three hundred meters before new bridge Tsum valley trail separates on the right side up to Lokpa. Syala Khola leads all the way to Tsum Valley trek.  As we enter to the Tsum valley where, the landscapes, scene and environment show really it looks like the hidden valley.

The valley lies between the Boudha Himal (6672m) and Himal Chuli (7393m) to the west, Shringi Himal (7142m) to the north and Ganesh Himal (7140m) to the south. It is a high altitude region to join Tibet China border so all the inhabitants of the area are similar to Tibetan and very much influenced by Tibetan Culture and tradition and very deeply practiced in Buddhist religion day to day in their lives. Local people emigrated from Tibet. The people who visit this area are friendly over welcome with great respect by the people of Tsum. They are in the age-old lifestyle and culture. They speak Tibetan dialect. While on the trek, we also pass through the alpine forests, glacial rivers, and enjoy the warm hospitality of ethnic people of Tsum valley. There are some ancient monasteries to visit are such as Rachen Gompa, Dephyudolma and Mu Gompa which is the largest monastery in the area and there is also an old nunnery monastery is Gumba Lungdang.

Upon your arrival at Kathmandu International Airport transfer to your hotel short briefing will follow concerning the necessary information about your trekking. After the briefing you may spend free time, visiting sanctuaries or rest.

On this day you are busy to visit ancient local traditions and places. In Kathmandu, there are many Buddhist and Hindu temples like Boudhnath Stupa, Swayambhu, and Durbarsqaur.

We start from Kathmandu by bus or jeep to Soti Khola, Gorkha. We drive Kathmandu –Pokhara Highway through Dhading on our journey we see mountains, valleys, rivers, and rocks. After 5-6 hrs driving we reach to our destination.

Beyond Khorlabeshi the trail that is into the steep valley side which is densely forested. Crossing a number of small villages to tuck into the hillside then we reach to a widening of a valley. We can see a large tributary stream enters the Budhi Gandaki. Again we descend to the wide sandy and riverbed to the village of Lapbesi and at Machha Khola after this point flat trail along the Budhi Gandi Khola reach in one hour to Khorlabeshi village of Gurung Community.

Today we follow up a stream hot springs at Tato Pani. We turn to the right bank by way of a suspension bridge. Quite exposing and challenging trail to some parts of the forest then to Dobhan. The Budhi Gandaki flows an impressive way from above Dobhan. The path traverses on the bottom of the mighty rocks cliff. We cross the river on a suspension bridge then following up to Jagat.

Beyond Jagat, the trail descends and climb to Salleri village on the bank of the Budhi Gandaki Khola. Further, the path past the big village of Sridibas and a suspension bridge is crossed on Budhi Gandaki River. From the bridge a short climbing up to Philim a beautiful village where permits are registered the police check post. After Philim the trail up and down another Village Eklebhati appears and beyond the village, a long attractive waterfall is seen on the left side. Now about 2 hours the main Manaslu trail splits where there is a signboard mark. Tsum valley trail leads left side up the Larkya Pass is left side down. Siyar River leads towards the Tsum Valley. After a steep climb through pine and rhododendron forests we reach at Lokpa, Enjoy the views of Himalchuli Mountain at 7893m and Boudha Himal.6672m

The trail up and down all the way along the steep valley walls above the Siyar River. Siyar Khola is crossed and winding route meandering through a forest of pine and rhododendron reach at Gulung. Siyar Khola is crossed and a short steep to Chumling, from where we can view Shringi Himal. And nice to Visit the old Chumling gompa, and surrounding nice view surrounded by open meadows and densely forest.

The trail to Chokhangparo climbs up crossing over suspension bridges over Siyar Khola. Ganesh Himal. 7140m and Himalchuli 7893 are attraction views of today’s trek. can be seen with snowcapped Walk past Rainjam to Serpu Khola crossing it there appears Gho from where continue climbing trail 2 hours to reach the village of C Chokangparo the people are Tibetan called “Tsumbos” who live in traditional built slate-roofed houses which are packed closely together.

Further Chokangparo, we enter in high altitude elevation so our walking steps must be slow further we past Lamagaon crossing rope suspension bridge to the Rachen Gompa, which is also well known as Nunnery Gompa. We make a short visit and then we cross the Siyar Khola. Continue to ascend through the village Lar, Phurbe and Pangdun then crossing the village of Chhule, climb upstream and cross a bridge to finally arrive the Nile.

The trail to Mu Gompa heads alongside the Siyar Khola leading up the valley to Mu Gompa to the west bank of the valley through the high mountain landscapes climbs steeply to the Mu Gompa where we make a visit to the Dhephu Doma Gompa a Buddhist nunnery monastery. The trail offers views of the valley and Ganesh Himal is spectacular with a perfect backdrop for the sparkling whiteness of the snow-capped peaks surrounding us.

Day 11 is sightseeing of the whole Mu Gompa area. Mu Gompa is the largest monastery in the region. The Gompa lies at the highest and most remote part of the Tsum Valley. After exploring the Mu Gompa area or hiking to Dupchet at 4120m is the highest trekking point in Tsum valley.

We retrace down the same trail to Rachen Gompa if the weather is a favor to us the mountain views appear in different shape.

Ascending trail makes you tired if the clients have knee problem otherwise easy to walk down through greenery landscapes.

The trail continues to follow down passing Lokpa to the main Manaslu trail after three hours. A short steep ascends to the confluence crossing over a bride then climbing up on the bank of the Budhi Gandaki Khola. From the bridge the walking through Nyak Phedi, the village of Pewa finally at Deng.

The trail to Namrung offers impressive valley and beautiful forest. Trekking day crosses the highest number of bridges. The trail between Philim and Ghap part is danger zone of landslide and rolling down stones by a wild animal and strong wind. This route offers an amazing long falling we cross the villages of Lama and Mani stones. Beyond Ghap climbing up through a thick forest of alpine and you reach Namrung village in three hours. Namrung where the permit is checked.

We walk through the Tibetan village of Sho at 3000 meters. We see a charming view of the Manaslu North then continue to Lho village at 3150 meters where a lovely but small monastery chortens and manis are scattered where a view of Ganesh I and peak 29 can be seen. From Lho the trek trail climbs up through charming pine forest. As the forest part is past then there Shyala village which has more than two dozen lodges are spread along the trail.

From Shyala the trail flat and down and climbs to Samagaun this is a big village stands with traditional houses, monastery, several lodges mountain views Manaslu camp route separates on the left side up. Samdo Samdo which is the last settlement three hours walking from Sama Gaun. The path heads west bank of Budhi Gandaki River. Pay attention to this area is risky for the avalanche. Just before reaching Samdo we cross a small bridge and climbs short steep then walking on the ridge there appears Samdo village where half dozen lodges have scattered in the village. Samdo people used to get things from Tibet China Samdo which is near the Tibetan border.

The trail to Dharmasla descend to a river a bridge and continues to climb up. The path is signed with iron pillars and moraine. We see impressive mountains all around. Rewards with the view of Manaslu and Manaslu North and lying down Syacha Glacier. In Opened grassy land if keep eyes opened the chance to see blue sheep are walking and grazing in flocks. Dharmasala past about 4 hours from Samdo. Dharmasala causes you to get headache due to high altitude

Dharmasala to Larkya La pass 5110m take 4 -5hrs is more interesting and enjoyable. Usually 4- 4:30 am is suitable Starting time to avoid the strong wind and bad weather. The path gradually climbs up but long way winding through glacier corridor starts above 4700m. The trail is marked with iron pillar and carne. As Larkya Pass arrives it is stunned with prayer flags, written Larkya La Pass 5110m on a small board. We across Larkya Pass, glacier views of Cho Danda, Larkya peak and on the west north direction where spectacular views of Annapurna II, Kanguru, Himlung Himal, and Cheo Himal are lined up. We step down following zigzag trail to Bimthamg is a flat opened village where many old and new lodges are spread.

Day 13 trek destination is to Dharapani. We see beautiful views of Manaslu to the south-east and Annapurna II to the south –which is near the Tibetan border further Sama Gaun there is no village unless we reach the west. The path leads completely down traverse magnificent forest of pine and rhododendron along the bank of Dudh Khola. Past village of Yak Kharka, Kharche, Goa and Tilije then descending to Marshyangdi River is crossed and few stones step up where joins to the Annapurna circuit trek Dharapani village which has several lodes and guest house. Here is the road to Manang and Beshi Shar. Overnight at the lodge to celebrate our last day of the trek.

Day 21: Dhara Pani to Kathmandu via Beshi Shar (9hrs by jeep and car)

You are assisted by our staff to reach at the airport three hours before your plane leave. 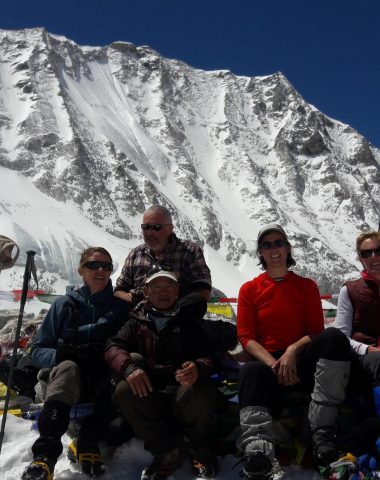 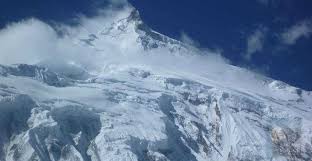